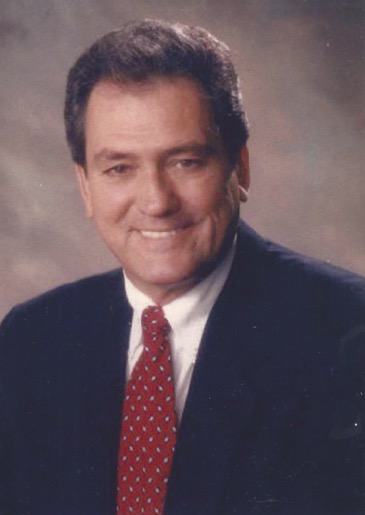 Stephen Sleboda, age 79, of Williamsport, Pennsylvania passed away peacefully surrounded by his family on Monday, August 28, 2022, at Valley View Nursing and Rehabilitation Center.
He was the son of the late Stephen and Helen Sleboda.
He was born at the Pittston Hospital in Exeter, Pennsylvania on April 21, 1943.  He attended Scranton Prep and Wyoming Seminary and thereafter Keystone College and Wilkes University.
Steve was a lively storyteller and enjoyed sharing memories of his happy childhood working on cars at his father’s service station in West Wyoming, his varsity basketball days for the Wyoming Seminary Cagers, and his scouting activities including the honor of Eagle Scout.  He also loved to recount his escapades with his many friends and cousins as a young adult, including nights spent bartending at the Flame where he met his future wife, Marge Rutski.  They were married on June 4, 1966 in Wyoming, Pennsylvania and were blessed with 56 years of marriage.
Steve was the consummate company man and his 38 years of service for the Sun Oil Company were a source of great pride.  Beginning as a sales representative in Binghamton, New York, he ascended the corporate ladder from Manager at Montour Service Company in Montoursville to Subsidiary President in Utica, New York and Providence, Rhode Island, to Manager of Wholesale Marketing and Distribution at corporate headquarters in Philadelphia to his eventual return to his Williamsport roots as President of Montour until his retirement in 2005.  Upon retirement, he continued to draw upon his executive expertise as a Project Manager for Staiman Recycling.
Steve was a devoted member of the Williamsport community.  His service as a board member included the Penn College Foundation, Williamsport Chamber of Commerce and West Branch Manufacturers Association.  He was a lover of the arts, particularly the shows offered at the Community Theater League and was honored to serve on its board.  He was also an active member of the Susquehanna Corvette Club and the Reciprocity Club.  In his spare time, he enjoyed vacations with his family to Cape Cod and Disney World, any cruise with an all-you-can-eat buffet, Friday date night with Marge and Saturday night dinners with friends.  He was a “master” bonsai tree clipper, loved tinkering with his corvette and was a proud Cessna pilot.
Steve’s enjoyment of the company of people and his genuine interest in their lives and well-being was one of his most defining characteristics.  That genuine connection was evident in the abundance of visitors he received during his illness and his family will be forever grateful for the kindness his friends and caretakers offered him during that difficult time.
Steve is survived by his wife, Marge, his son Stephen Sleboda and his wife Christine of Trout Run and his daughters Maura Sleboda of Williamsport and Lisa Sleboda and her husband E.J. Rymsza of Muncy.  He leaves his beloved grandchildren Madie Sleboda, Isabella, Noah and Max Rymsza and Maggie Rymsza and her husband Arthur Desbaillets.  He also leaves to Marge’s care his loved, but not always loving, cats Patches and Pudge.
A Mass of Christian Burial will be held at 11:00 a.m. Friday, September 2, 2022 at St. Ann Catholic Church, 1220 Northway Rd., Williamsport with Reverend John Chmil officiating.  Burial will be private and at the convenience of the family.  Visitation will be held on Friday at Kaufman Funeral Home & Cremation Services, 2102 Northway Rd on Friday from 9 a.m. until 10:30 a.m.