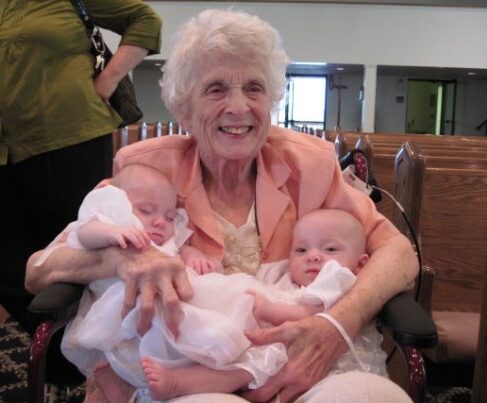 She was born January 3, 1924 in Lambertville, NJ, the daughter of John R. Marley and Mary H. Heller Marley.  Mary Jane lived most of her life in South Williamsport, PA, and had two younger sisters, Elizabeth Louise and Helen June.   She attended South Williamsport area schools and graduated from South Williamsport High School in 1941.  She was secretary of her class and was active in planning the class high school reunions for many years.

She joined the faculty of Lycoming College in 1946 and became the acting head of the Business and Secretarial Science Department.  On June 4, 1955, she married Edward J. West of Detroit, MI.  She temporarily retired from teaching in 1956 to raise a family.  She was an active member of St. Ann’s Roman Catholic Church.

In 1968, Mary Jane returned to teaching at the former Williamsport Area Community College (now Penn College of Technology) where her husband also taught.  Over the years she taught English, Economics, and Children’s Literature.  She was involved in many of the college committees and was one of several husband-and-wife teachers featured in a Sun-Gazette article in the 1970’s.

Mrs. West retired in 1987 after 19 years of teaching.  She became a volunteer adult reading instructor.  She loved taking care of her grandchildren and was known for making baby blocks and other needlecraft keepsakes.  She was also known for her buttermilk chocolate cake which appeared at many church bake sales and family events.  She was a family genealogist and an avid crossword puzzle enthusiast.

The funeral will be on Thursday March 24, 2022 at 10:30 a.m. in the church, Northway Road and Sheridan Street. Burial will be in Mount Carmel of Wildwood Cemetery. Friends may call at Kaufman Funeral Home & Cremation Services, 2102 Northway Road on Wednesday March 23, 2022 from 6 to 8 p.m. The rosary will be recited at 8 p.m.