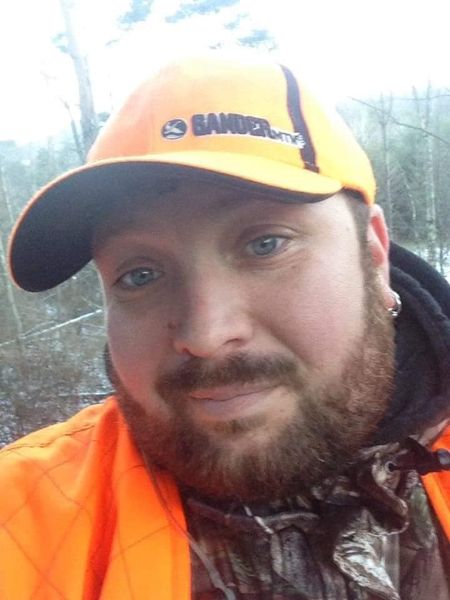 John Matthew Noviello, 37, of Loyalsock Township and residing in Danville, PA, was transformed to his new life while at Geisinger Medical Center on Thursday, December 2, 2021.
He was born on December 13, 1983 in South Williamsport and was the son of Douglas Harstead , Valeria Noviello Komarnicki and Anthony Komarnicki, step father.
He was 2002 graduate of Loyalsock Township High School and a 2011 graduate of Pennsylvania College Technology, Associate of Applied Science, Occupational Therapy Assistant.
John was a founding member of Sigma Nu Fraternity at Pennsylvania College of Technology.
John received Jesus Christ as his Savior. He was raised Catholic, attending St. Joseph the Worker Parish (Annunciation Church), and loved returning to Midnight Mass with his family every Christmas Eve.
John was an avid outdoorsman.  Nothing filled his spirit more than fishing in his kayak on lakes, rivers, streams and the ocean.  He loved riding his ATV and working on his tree stand at “the Farm”.  He went camping every summer in the PA Grand Canyon, and would bring friends to join him around campfires, loving life and nature.  It’s what he lived for.
John loved everything family, football, and getting back to his roots. He returned home every weekend to support his high school teams, following college football fervently. Holidays and family gatherings were his favorite.
John was an outstanding drummer, played guitar, keyboard, and loved to sing. He was always introducing us to new music saying, “Here check out this song!!”
John could cook and loved sharing it with others.  Chili cook-offs, venison, trout, canned peppers or just salad oil mix for family dinner, it was one of his favorite ways to share his love.
John just loved life and was a friend of everyone he met.
John’s life as a COTA/L at Geisinger in Danville was his calling.  He was our hero. He volunteered to work in the Covid units at its height so others with families would not be put at risk. He worked holidays so others could be with their families. We called him “The Patient Whisperer” – when there was an extremely difficult patient, John would answer the call, even outside of his own rounds.  He had an immediate disarming presence, and a beautiful way of calming patients when no one else could.  He especially loved doing little extras for them, or going out of his way to visit friends or their kids who were admitted.
John had a heart for youth, and loved to teach, guide, and introduce them to the gifts of music and the outdoors.
Above all John was a dear friend, protector, defender, teacher, inspiration and hero.  He loved God and his family, and gave himself to the Lord in both life and in his passing.  He has shown us how unbelievably happy he is, with insurmountable joy and love in our Lord Jesus Christ.  He is not gone.  He is merely transformed.  He will always be with us, and we will all see him again.  We love you John John.

A funeral service and a Mass of Christian Burial will be held at 10:00 a.m. Saturday, December 11, 2021 at St. Joseph the Worker, 702 W. Fourth St., Williamsport with Reverend Edward Van Brunt and Reverend David Bechtel officiating. Burial will be in Wildwood Cemetery. Relatives and friends are invited to attend the visitation on Friday evening December 10 from 2 to 4 p.m. and 6 to 8 p.m. at Kaufman Funeral Home & Cremation Services, 2102 Northway Rd., Williamsport.

Cancel reply
In lieu of flowers, contributions can be made to Johns Fund, a charitable organization for kids and teens to experience the same love for life and outdoors that he lived for. To contribute by check, please send to: Valerie Komarnicki, 323 Grammer Rd., Williamsport, PA 17701, MEMO: Johns Fund. To contribute by Venmo, search the account name: Johns Fund -or- @johns-Fund. To contribute via GoFundMe on Facebook: https://gofund.me/5e2800e4.
Previous Robert G. Gimble
Next Richard Eugene Weaver