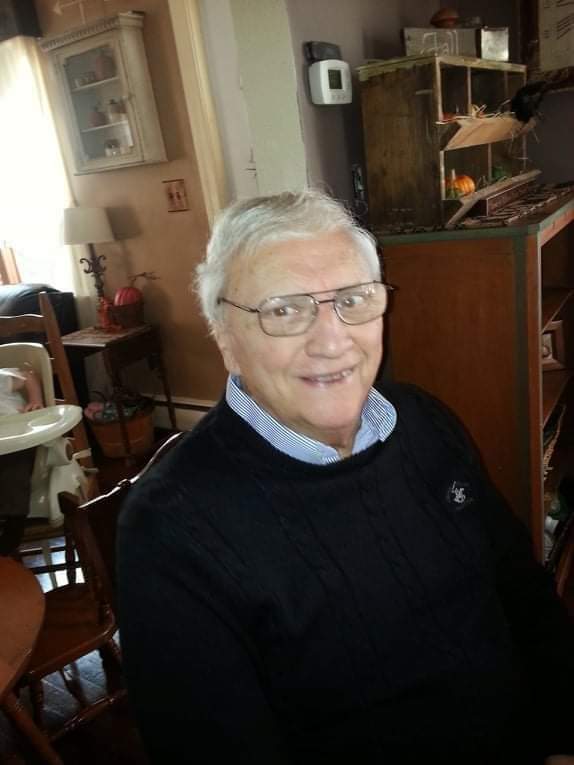 James R. English, 84, of Montoursville passed away at Muncy Place on Thursday, August 12, 2021.  He and his wife the former E. Eleanor Weihermuller were married in October, 1977 and celebrated 43 years together.
James was born on October 18, 1936 in Williamsport and was the son of Clyde and Martha Ritter English.
He was a graduate of Williamsport High School and served his country in the U.S. Air Force during the Korean War.  For many years he was a radio announcer for WWPA and worked for AAA as the Roadside Manager.  James also conducted many bus tours, and entertained all who joined
He loved spending time with his family. One could always count on him to have the perfect pun for any situation. He was known for his jokes and witty humor, which was sure to make you laugh. He also enjoyed traveling with his wife and family.
In addition to his wife he is survived by one daughter, Valerie Cain Shank of Williamsport; 9 grandchildren and 14 great grandchildren.  He was predeceased by four daughters, Robin Holtzman, Vickie Cain Dianna, Amy English, Rebeka English; one grandson Mathew Cain; three brothers, Robert English, William English, Lewis English; three sisters, Elizabeth Winner, Mildred Gamble, and Doris Girio.
James (Jim) had a kind heart, and showed compassion to those he met throughout his life. He will be greatly missed by family and friends.

Burial and Funeral services will he held privately for family and close friends.