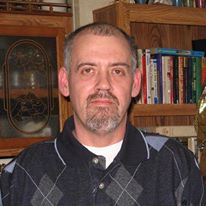 Glenn was born on October 19, 1963 in Altoona and was the son of Donald Colyer and M. E. Brumbaugh. He had worked for Weis Market Warehouse in Milton as a fork lift operator.

Previously he worked as a security guard for Allied Barton at the Lycoming Mall and for Penn Traffic in their Riverside and BiLo Food stores as a manager.

Glenn was a Pittsburgh Steelers fan, he enjoyed wood working and refinishing and collecting baseball cards with his sons Jonathan and Brandon.

The most important part of his life was his family.

In addition to his wife he is survived by two sons, Jonathan and Brandon Brumbaugh of Muncy, a brother Ronald and a sister Elizabeth.

Services will be private and at the convenience the family.