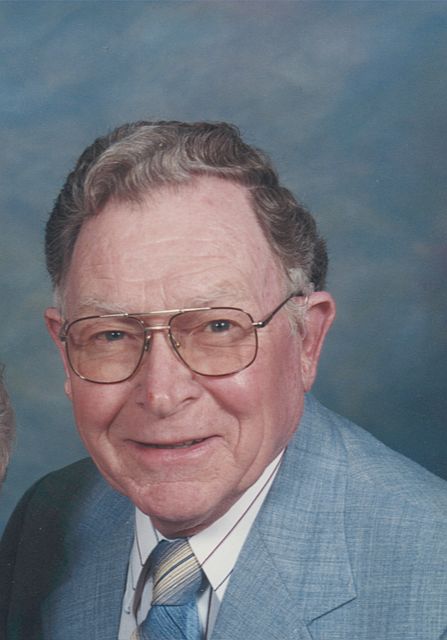 George E. Naugle, 94, of Montoursville, passed away peacefully at the Gatehouse with his children at his side on Sept. 12, 2020.

George was born Sunday, June 13, 1926 in Nescopeck, to Harold A. and Anna E. (Parks) Naugle. The family lived in Berwick, PA, until 1940, when they moved to Williamsport, where George completed eighth grade at the J. George Becht School. He helped his father start the Lycoming Burial Vault Company, working part time in the family business until graduating from Montoursville High School in 1944. George co-owned the company with his brother, Carl, until retiring in 1991. George married Dorothy K. Metzger on May 30, 1946. They celebrated 69 years of marriage shortly before her passing in June, 2015. George served on Boy Scout Troop 39 Committee. He was a 50 year member of Bethany Lutheran Church, Montoursville, serving 21 years on the church council, and a 25 year member of St. John Lutheran “Brick” Church, Montgomery. George was a member of Eureka Lodge #335 of Free and Accepted Masons, and at the time of his death, the oldest living Past Master. He was a member of the Valley of Williamsport Consistory A.A.S.R., with a perfect lifetime voting record.

He was preceded in death by his brother, Carl, earlier this year. He is survived by a son, Ernest L. (Marie), a daughter, Glenda Heyd (Mike), both of Montoursville, and “son” Guilherme Hugentobler of Brazil, a foreign exchange student who became part of the family in 1965; grandchildren Susanne Fink, Jason Heyd, Christopher Naugle, Rebecca Boudreau, and James Naugle; and 13 great-grandchildren.

George and Dorothy donated their bodies to Hershey Medical Center through the Humanity Gifts Registry.

Because of the ongoing pandemic, no gathering is being planned at this time.

Cancel reply
Donations in his memory may be made to St. John Lutheran "Brick" Church, Montgomery or to The Gatehouse, Williamsport.
Previous Connie M. Hamilton
Next Francis J. Healy