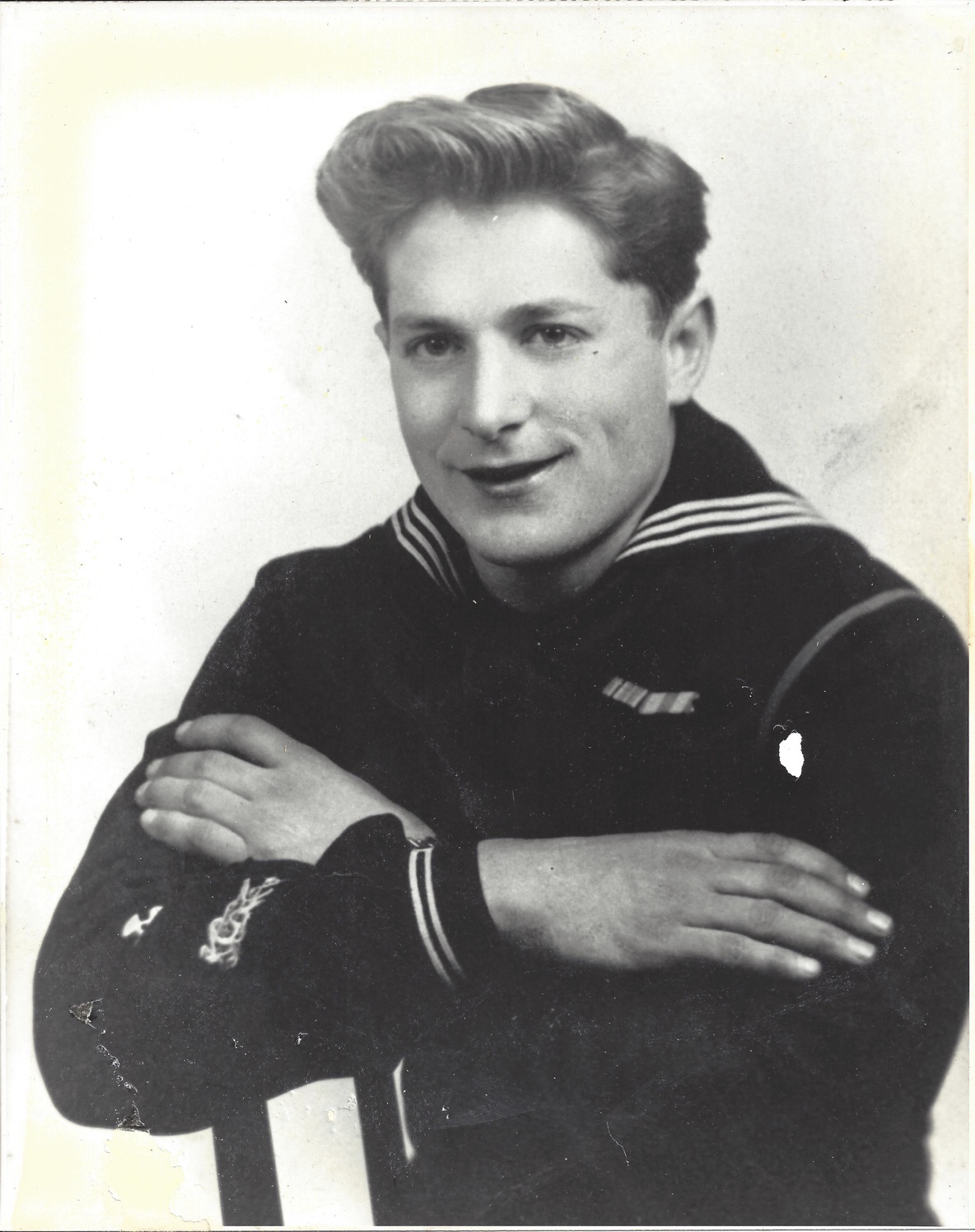 Franklin “Peter” Hutchinson, 93, of Loyalsock Township, passed away on
Friday, Feb. 21, 2020, at home.
Pete and his wife, the former Marian B. Arthur, were married on Sept.
24, 1976, and celebrated 43 years together.
He was born on April 22, 1926 in Williamsport, and was the son of Alvin
and Florence Hutchinson.
Pete’s mother passed away when he was 16 and at this time, he tried to
join the Navy, however, the Navy made him wait until he was 17.
In 1944, he was captured by the Germans, being credited with destroying
(4) four German E-Boats at Anzio, three days later he escaped from a
German stockade by digging under barbed wire fencing and swimming back
to his ship.
During the war he was wounded in his left knee and face while assisting
in destroying (3) three German E-boats in Toulon Harbor, France,
participated in recon missions with United States Rangers behind enemy
lines at Anzio and was part of the initial assault on Southern France,
and was authorized to wear the Amphibious Force Insignia.
Pete was a decorated war veteran earning the Amphibious Insignia, Purple
Heart and was recommended for the Silver Star.
Pete was in several additional combat missions before being honorably
discharged in 1945. Following his discharge, Pete was self-employed as a
painting contractor.
After the war and the divorce of his first wife Pete found himself in
Florida on his third trip running guns to Cuba. This was during a time
when both the U.S. government and Cuba were on friendly terms.
Pete enjoyed the outdoors, bird and animal watching and traveling.
In addition to his wife, Pete had three children, Cassandra Lee
Hutchinson, George A. Hutchinson, and Dennis Lee Hutchinson. He was
preceded in death by Cassandra Lee and Dennis Lee, and two sisters,
Mable DeCanio and Betty Hunter.
He has five grandchildren, four great-grandchildren, three stepchildren,
Susan Caslow, Roger Rhea, and Michele Davis, all of Columbus, Ohio, five
stepgrandchildren; and five stepgreat-grandchildren.

Funeral services will be private in Redeemer Lutheran Church at the convenience of the family. Burial will be at Wildwood Cemetery.