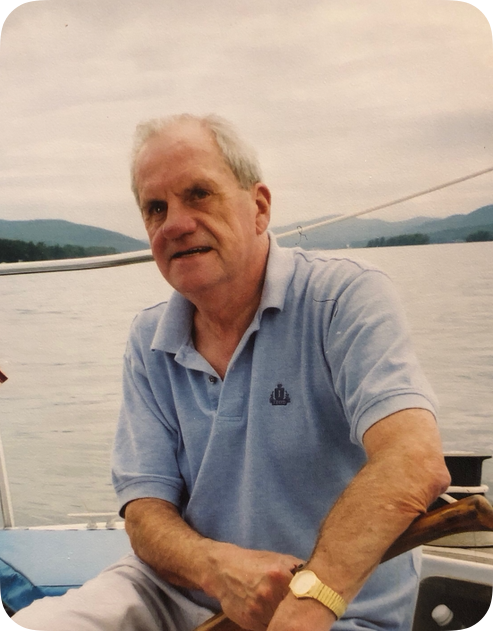 Francis J. Healy, age 83, passed away on October 3, 2020 at The Williamsport Home in Williamsport, PA. He was born on June 19, 1937 in Brooklyn, New York to Edward and Elaine Healy. Francis grew up in Brooklyn, New York and graduated from Fort Hamilton High School in 1955. Francis married Joan (Powers) on September 14, 1963 at the Brooklyn Lady of Angels Church. In 1982, the family moved from Staten Island, New York to Troy, Pennsylvania where they lived for the remainder of their 57 years of marriage.

Francis spent the majority of his career working at the Department of Marine and Aviation for the City of New York. After moving to Pennsylvania, Francis worked as a Purchasing Manager at Penn-Troy Manufacturing, Troy, PA from which he retired in 2001. Francis was a member of the Knights of Columbus – Third Degree. He had many hobbies including antique cars, model cars, hockey and license plate collecting. Francis’ later years were spent riding his lawn tractor, watching old movies and relaxing with his cats.

A memorial service will be held Saint Boniface Church, Williamsport, PA on Wednesday, October 7, 2020. The family will begin greeting friends and family at 2:30 p.m. with mass beginning at 3:00 p.m. A private burial will be held by the family at their convenience.