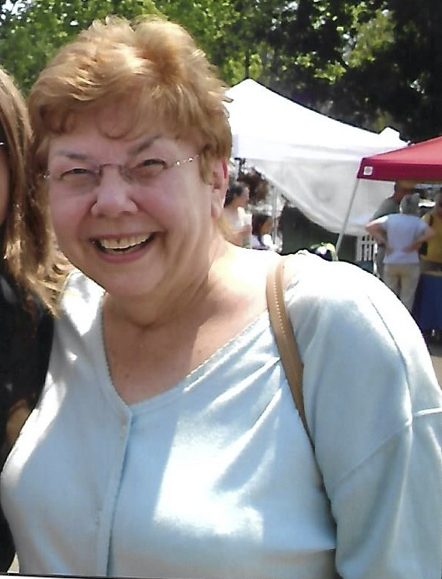 Donna J. Fenstermacher passed away at UPMC Susquehanna Williamsport
Hospital on March 7, 2020, after battling complications of idiopathic
pulmonary fibrosis and sepsis. Coincidently, March 7 was the same day of
passing for her Husband Robert (Bob) Fenstermacher in 1994, who was the
love of her life who she met while both were teaching in Hawaii.
Donna was born to Winifred (DeBoer) Jabaay and Donald Jabaay on April
16, 1942 in Hammond, Indiana. She grew up in Roseland, a suburb of
Chicago. Her time in Illinois included working a summer in downtown
Chicago at the Wrigley Gum Company. Donna graduated from Roseland
Christian High School and graduated college in 1964 from Bob Jones
University in South Carolina with a bachelor’s degree in education with
certification to teach English. Donna also participated in a study
abroad program in Oslo, Norway, where she took some courses through the
University of Oslo. She also did some graduate coursework in a summer
program at University of Hawaii and at Northern Illinois University
where she was recruited to teach in Hawaii and met her husband, Bob, on
Kauai Island.
Donna’s teaching career took her to many locations including a private
Christian High School, Wheaton Academy, in West Chicago, Wheaton, Ill.
She also taught in Hawaii where she met her late husband, Bob. After Bob
received a teaching job offer at Montgomery Area School District in
Montgomery, she moved to Pennsylvania with her husband, Bob, and lived
in Muncy and Hughesville, before moving to Eldred Township, near
Loyalsock, and Williamsport. After initially moving to Muncy, Donna was
employed in the Medical Records Department of Muncy Valley Hospital. In
the mid-1980s, Donna began selling insurance part-time working for Aetna
insurance. After moving to Pennsylvania with her husband, Donna took a
break from teaching but later on began teaching GED classes in the 1990s
in Williamsport, at numerous locations that included Curtin Middle
School, YWCA, and the STEP Program in the James V. Brown Library
basement. She also was employed as a sales person for Robert M. Sides
Music Store in the sheet music department in Williamsport and did some
intermittent marketing intelligence about grocery store products.
Donna’s GED teaching career eventually evolved into corrections
education and included teaching at Allenwood Federal Correctional
Facility as well as Muncy SCI Womenás Correctional Facility. She
eventually retired from the State of Pennsylvania in 2003. During the
last five years she had continued working intermittently doing some
assessments for the Advocacy Alliance for People with Disabilities and
part-time for the U.S. Census Bureau conducting surveys.
Donna’s interests included participation and appreciation in music
activities that included playing clarinet through college, conducting a
choir while teaching at Wheaton Academy and being a member of two church
choirs. While in Illinois, she was raised in the Dutch Reform Church and
joined St. James Episcopal Church in Muncy, along with Trinity Lutheran
Church in Hughesville, with her husband, Bob. For a number of years, she
regularly attended services with her husband and son at Faith United
Methodist Church in Montoursville.  Most recently she had been a 20-year
member of Northway Presbyterian Church in Loyalsock. At a number of
these churches she was a regular participant in adult Sunday school and
bible study.
Donna loved to travel both alone and with her husband, Bob, and
throughout her life traveled to numerous countries in Europe as well as
Japan, Canada, and most of the states in the United States. In addition,
she went on some cruises that included stops in Puerto Rico and the
Dominican Republic. Donna also enjoyed fishing from a boat with her
husband and son on Rose Valley Lake in Lycoming County as well as a few
other lakes. Donna was also a lifelong reader of books, the local
newspaper, as well as some magazines and enjoyed learning and watching
documentary television programs and movies, liked to tour museums,
enjoyed shopping, enjoyed attending classical music concerts especially
that her son, Rob, was performing in. Up through the early 1980s she
also played tennis, and enjoyed swimming throughout most of her life
until physically she was no longer able. Her topics of interest included
history, literature, music, foreign travel, appreciation for
architecture, appreciation for art, horticulture, interests in animals,
criminal justice, and politics. Donna was also a very devoted mother and
wife for many years.
She is survived by one child, Robert (Rob) Fenstermacher of Eldred
Township; a brother and sister-in-law, Ronald and Betsy Fenstermacher of
Sunbury; a brother-in-law, Ronald Campfied of Bethlehem; and an aunt,
Joyce Sienkowski of Morton Grove, Ill.
Along with her parents she was preceded in death by her brother, Robert
(Bob) Jabaay, and her husband, Robert (Bob) Fenstermacher.

Visitation will be held on Tuesday, March 24, from 10:15 to 11 a.m., followed by a Celebration of Life Service at 11 a.m., at Kaufman Funeral Home, 2102 Northway Road, Williamsport, led by Pastor Darlene Little of Northway Presbyterian Church. Interment will be at Pomfret Manor Cemetery in Sunbury, under the direction of Kaufman Funeral Home and Cremation Services, at the convenience of the family.