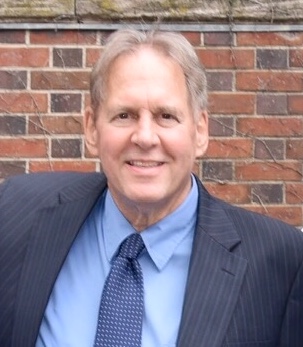 Dennis J. “Dutch” Bogaczyk, 62, of Williamsport went to be with the Lord on Sunday, August 9, 2020 at Jeanes Campus – Temple University Hospital after an 18-year battle with Leukemia. He was a 6-time cancer survivor and a true walking miracle.  Dennis and his wife, the former Debra Myers, were married on August 27, 1988 and would have celebrated 32 years together this August.

Dennis was born on May 16, 1958 in Wareham, MA, the son of James and Glenda Bell Bogaczyk.

He was a 1976 graduate of North Penn High School and a standout athlete in basketball, football, and track & field. He is the school’s all-time leading basketball scorer with 1751 points, a state medalist in the high jump, and school record holder for football passing yards. He later attended The University of Pittsburgh-Johnstown where he played 4 years of varsity basketball and graduated in 1980 with a degree in business economics.  He was employed by PMA Insurance Group as a Senior Commercial Insurance Consultant for 31 years.  Dennis was also an avid sports fan, loving the Green Bay Packers, St. Louis Cardinals, and the Penn State Nittany Lions. He was an active member in the community, coaching his son’s Little League baseball, micro-soccer, and church basketball teams as well as starting the Loyalsock Little Lancer youth basketball program. However, the most important part of Dennis’s life was spending time with his family and friends

In addition to his wife, Debbie, he is survived by two sons, Tyler Bogaczyk of Scranton and Ryan Bogaczyk of Williamsport; his mother Glenda of Blossburg, two sisters, Carol (Steve) Young of Emmaus and his twin sister Debra (Jeff) Everett of Blossburg; two brothers, Philip (Diane) Bogaczyk of Rochester, NY and James (Kris) Bogaczyk, Jr. of Mansfield, Dutch was pre-deceased by his father Jim, in April 2011.

A Mass of Christian Burial will be held at 10:30 a.m. on Friday, August 14, 2020, at St. Boniface Catholic Church, 326 Washington Blvd., Williamsport. Burial will be in Resurrection Cemetery. Family and friends may attend a visitation at Kaufman Funeral Home & Cremation Services, 2102 Northway Rd. on Thursday, August 13 from 3 to 5 p.m. (preferred family time) and 6 to 8 p.m.(friends). Social Distancing guidelines will be enforced and masks will be highly encouraged.