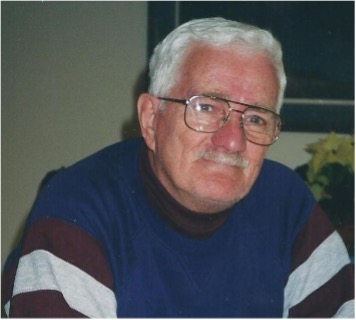 Chester “Chet” A. Shick, age 85, passed away peacefully on May 26, 2021.  Chet was born in Williamsport, PA, on August 11, 1935 to the late Lee C. and Mildred E. Shick.  Chet was a graduate of South Williamsport High School; class of 1953.  One year after graduating he enlisted in the U.S. Air Force and served until 1958.  After his discharge, Chet was employed by Metropolitan Life Insurance Company for 12 years and the former John Powell Chevrolet for 28 years.  He retired at age 62.
Chet was a member of the Republican Club, Eagles Nest Rod & Gun Club, and White Deer Golf Club.  He greatly enjoyed time with his friends at the hunting cabin, playing golf and traveling with his wife to visit his sons and their families.  Chet had a strong work ethic and was well known for his wit and sense of humor.  He was a devoted husband and father and loved his family above all.
Chet is survived by his wife, Sharon (Bayliss), two sons, Lee (Ellen) of San Antonio, TX and Robert (Donna) of York, PA.  He is also survived by a brother Richard (Dorothy) of Mansfield, PA , and two sisters, Ocie Hoffman (William) of Williamsport, PA, and Shirley Snapp (Earle, deceased) of Newark, DE.  He was preceded in death by a son, Brian, in 1994, and a sister, Sandra (Crossley) of Greensboro, NC, in April of this year.  Chet also leaves behind five grandchildren, Danielle Francis (Kyle) of Idaho Falls, ID, Adam Shick (Aleah) of Raleigh, NC, Dylan Shick of San Antonio, TX, Ali Shick of York, PA, and Delaney Shick of San Antonio, TX.
There will be a visitation from 12:00-2:00 pm and a memorial service at 2:00 pm on Friday, June 11, at Kaufman Funeral Home & Cremation Services. Burial will be at Wildwood Cemetery.