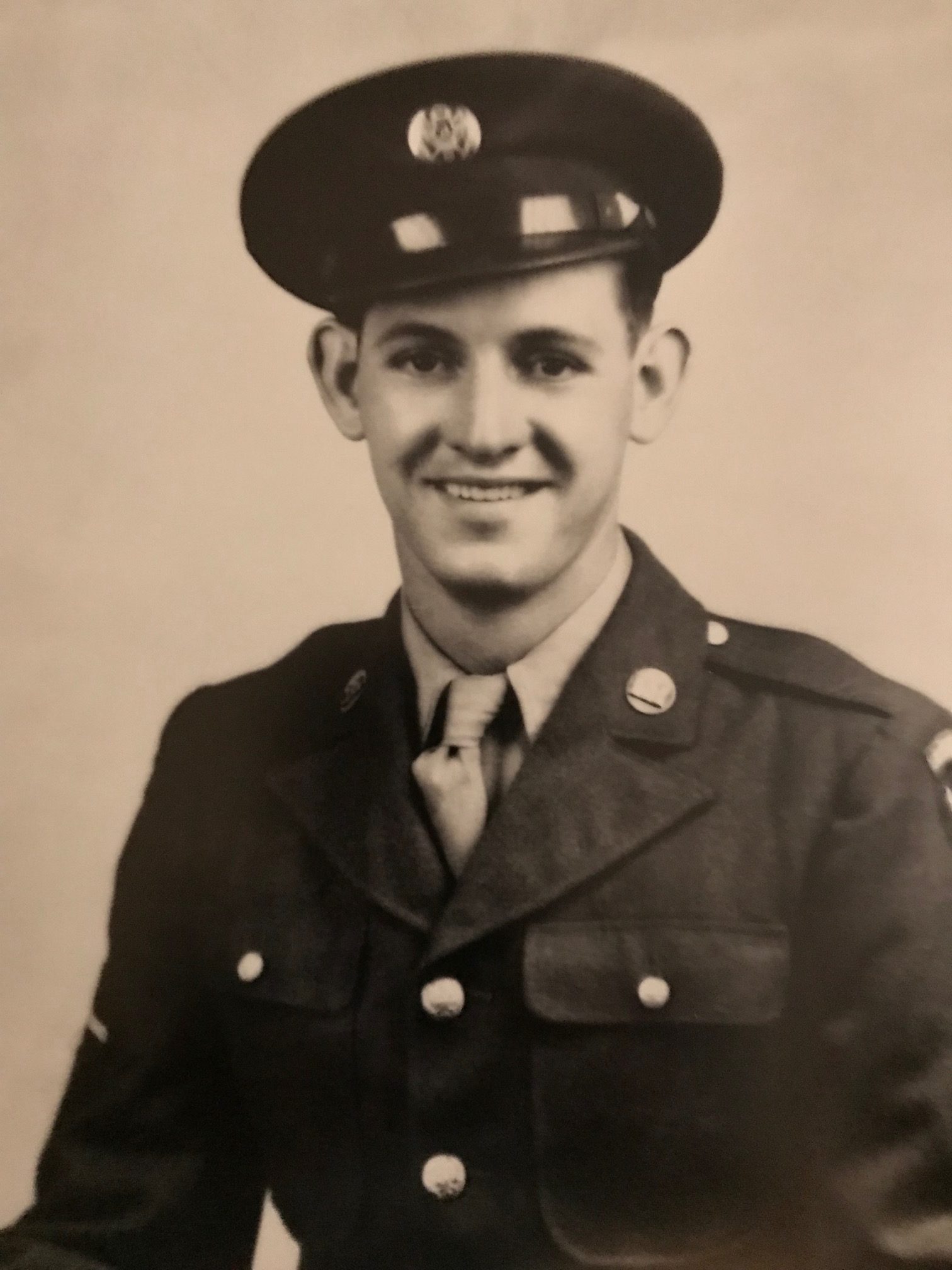 Blaine G. “Pete” Masters left his earthly home July 10, 2019 at the age of 99.  Born January 30, 1920, in Port Barnett, (Brookville)  PA. He was the son of Charles T. and Hulda Florence [Omsler] Masters.  Growing up during the depression, Blaine was very enterprising. He sold pansies and onion sets, raised chickens, and delivered the Sunday Pittsburgh Press. In his later years, designed and manufactured the “Gobbler’s Doom” turkey call. During his career as a tool and die maker, he was recognized for many innovative ideas at Lycoming Engines and Carey-McFalls. He was an avid gardener raising vegetables and fruit trees, grafting apple trees and raising roses. The time spent at his cabin was one of his greatest joys.

He honorably served his country during WWII simultaneously with three of his four brothers Robert, Raymond and Howard.  Blaine was drafted into the U.S. Army a  year before Pearl Harbor and volunteered to serve as a paratrooper.  He served with MacArthur all through New Guinea and the Philippines from Port Moresby to Victory.  Blaine was a decorated war hero and survived the only glider operation in the South Pacific and numerous amphibious landings, such as Hollandia, Weewak, Biak and Lingayen Gulf.  He won a Purple Heart and numerous other decorations as an Airborne Engineer.  His unit was the first into Japan.

After the war, he built his home which he resided in for 68 years. He was actively involved in the Boy Scouts, the civil defense program and his church. Blaine had a very strong work ethic which he instilled in his children: Charles E.(Diane), Diane Breon (Greg), Richard B.(Cindy), Elaine Maurer and Kay MacGregor (Fred). He has seven grandchildren: Matthew, Charles C., Alan, Jessica, Kimberly, Sharon and Bob jr. and many great grandchildren, nieces and nephews. He is predeceased by his wife Helen and is the last leaf on his immediate family tree.

There will be no visitation. A memorial service will be held at Faxon-Kenmar UM Church Tuesday, July 16, at 11:00am. Burial will be in St. Boniface Cemetery with full military honors.

Cancel reply
The family will provide the flowers. In memory of Blaine, visit a shut-in, thank a veteran for your freedom or plant a tree.
Previous Kathleen Jameson
Next James B. Haymes