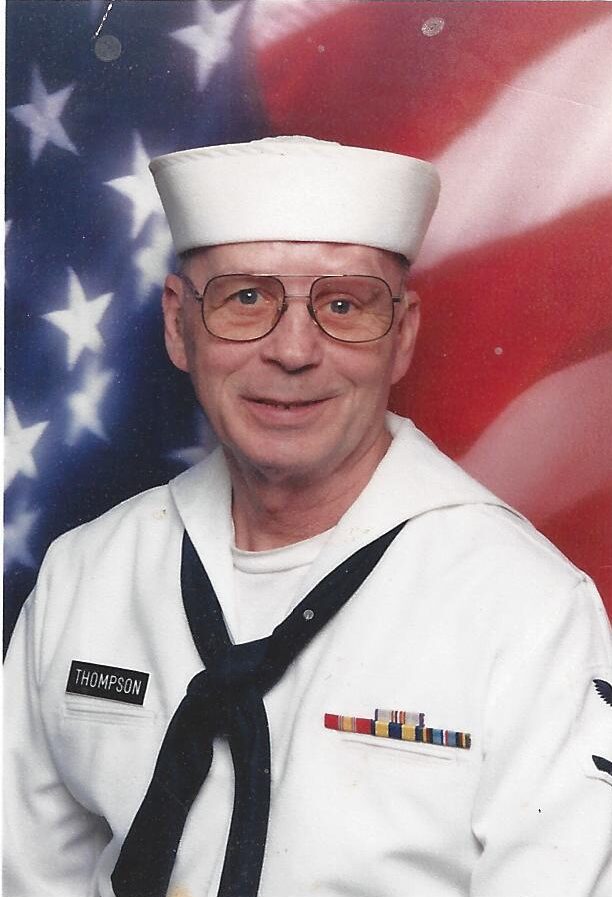 Arthur N. Thompson, 78, of Williamsport passed away on Wednesday, January 20, 2021 at the Gatehouse where he lost his battle with Alzheimers.  He and his wife the former Judith A. Sides were married on August 22, 1992 and celebrated 29 years together.
Art was born on May 15, 1942 in Williamsport and was the son of Burrows and Marie Mix Thompson.
He was a graduate of Williamsport High School and Eastern School of Musical Instrument Repair.  March 1960 Art entered the U.S. Navy and earned the rank of Machinist Mate Third Class.  He was deployed on the USS Canberra during the Cuban Missile Crisis and had the distinction of talking to and shaking hands with President John F. Kennedy.  He received the Navy Expeditionary Medal, Armed Forces Expeditionary Medal and the National Defense Service Medal.  He was employed by Robert M. Sides as a repairman for nineteen years.  He was a member of the Naval Enlisted Association.  Art enjoyed his rose garden, taking walks and playing with his dogs.  Most of all he enjoyed his family and grandchildren.
In addition to his wife he is survived by a son, Donald (Michele) West of Dubois; a daughter, Deborah West of Duboistown; two sisters, Joyce Buck of Lewistown and Kay Spring of Ontario, CA; six grandchildren and one great grandchild.
There will be no funeral or life celebration at this time due to the pandemic.